A vector illustration depicting the original premises held by HG Stephenson Ltd in the historic Barton Arcade in Manchester. This illustration was created for a commemorative book telling the story of their 150 years and will be emblazoned in gold foil on the cover. 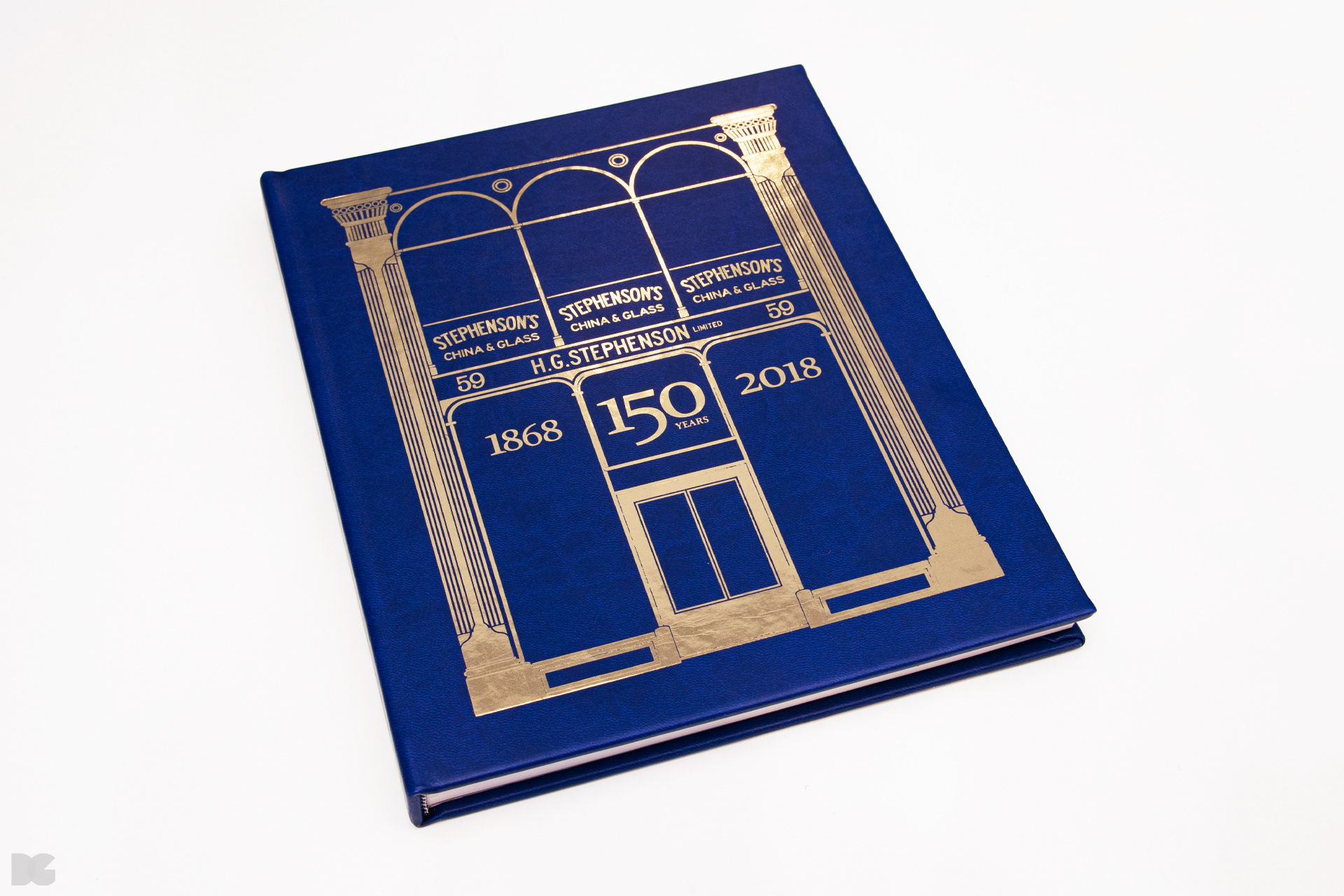 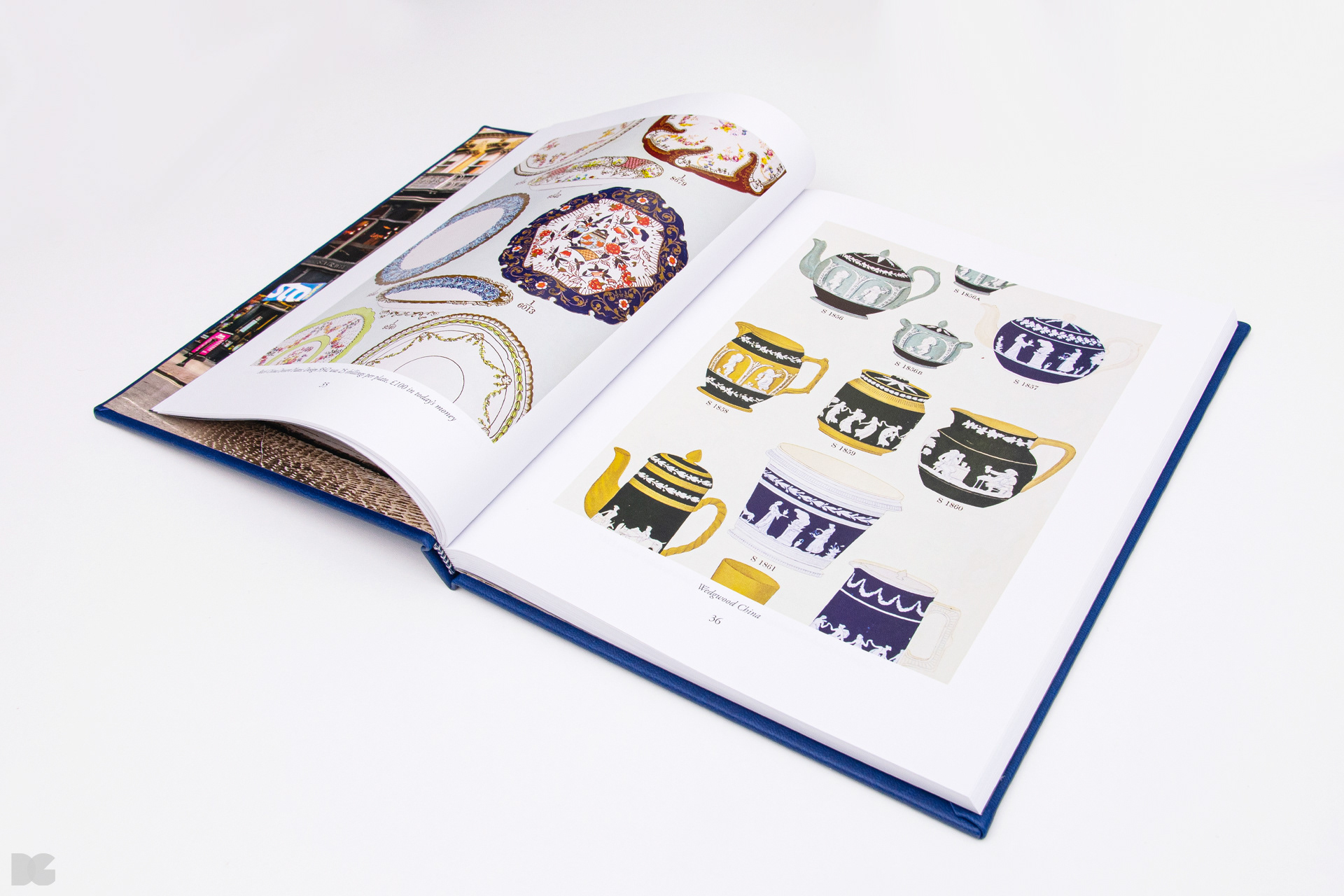 The final printed version of the 150th Anniversary book complete with foil printed cover. I was overjoyed at how well the final version came out after such a long gestation period. 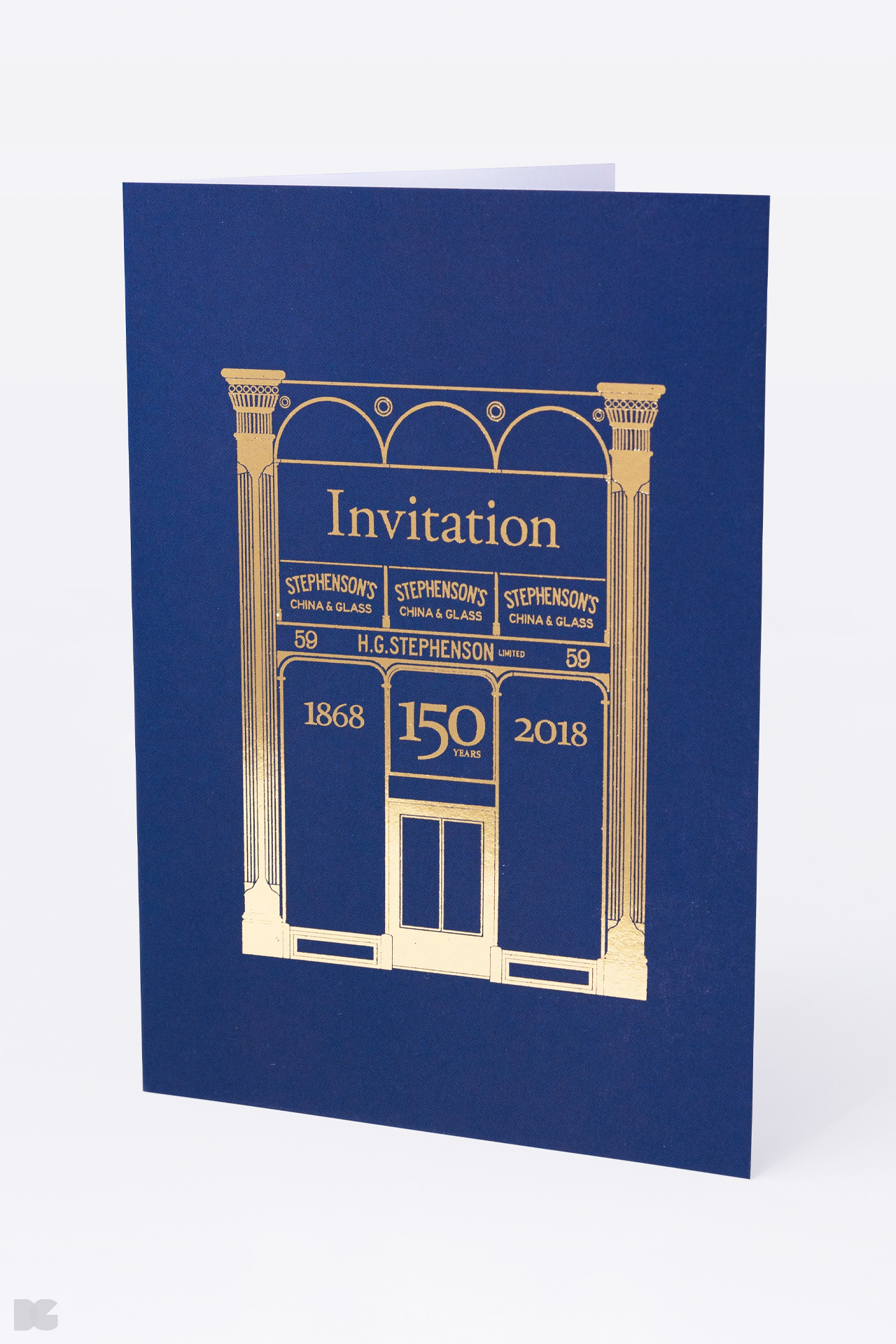 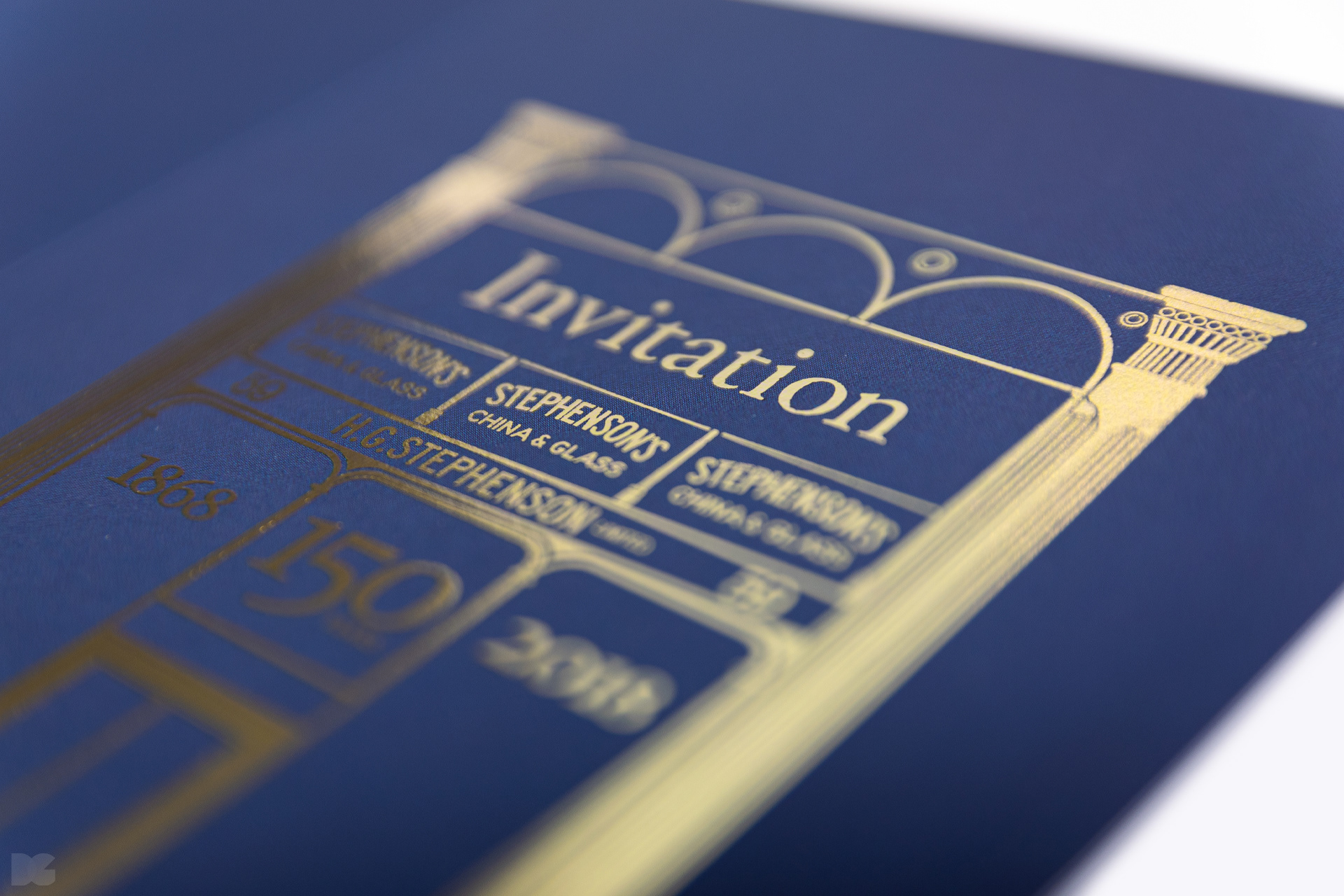 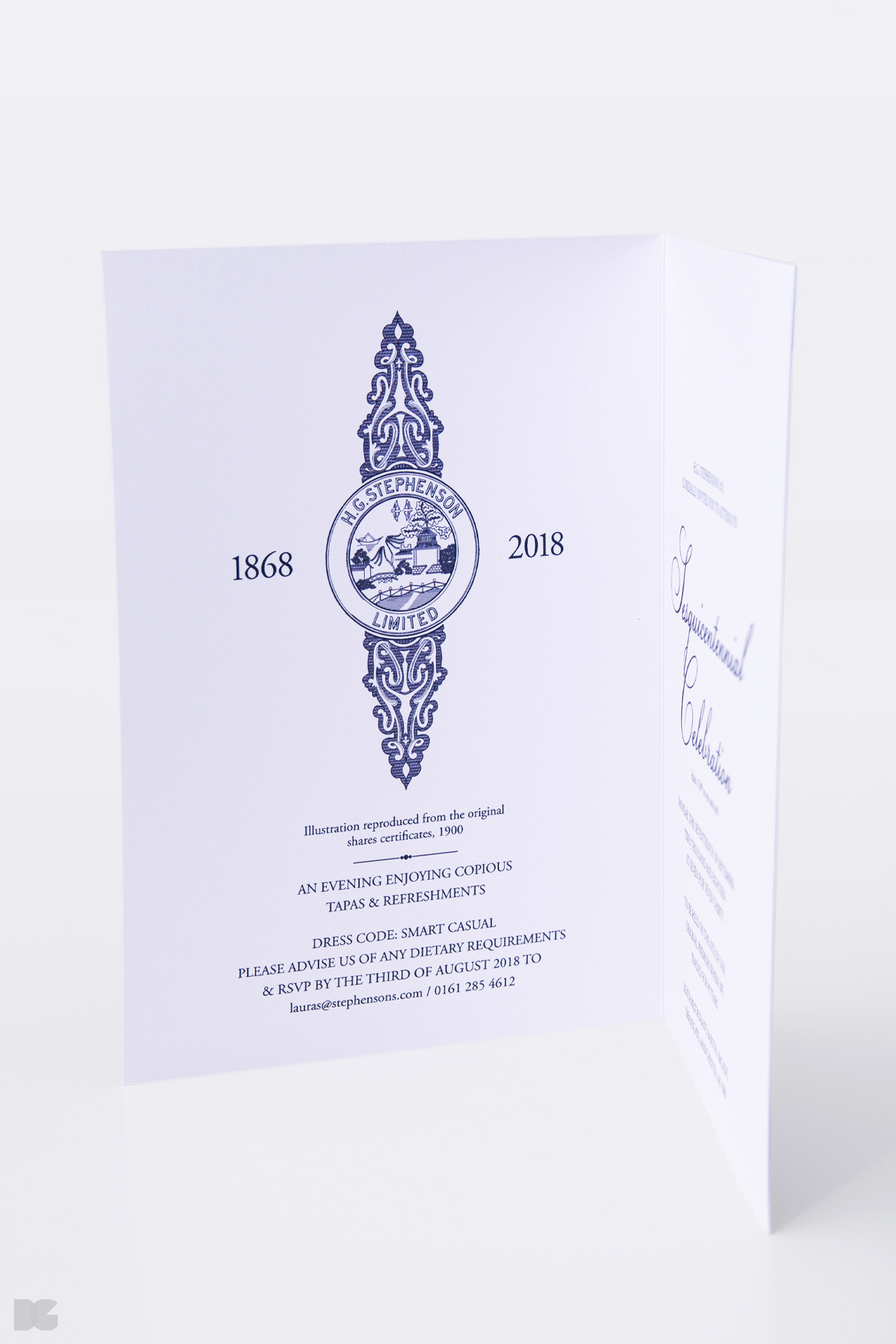 A grand sesquicentennial (150th) anniversary party event was held to celebrate this important occasion. The invitations were intended to evoke the elegant simplicity of early 20th century event invitations both in their design and in the tone of the copy.

A vector illustration depicting the crockery displays found in the windows of the HG Stephenson shop in Barton Arcade from the early 20th century. This piece was created for the 150th anniversary party held in the original Stephensons premises which is now a successful Catalan restaurant. The design was printed to fit the large outer windows as part of the party decorations.

This is a composite image created to illustrate the site of the original premises within the facade of Barton Arcade. I painstakingly located the position where the original photograph was taken before blending the old and the new together.

A composite image of the interior of the iconic Barton Arcade, specifically the Stephensons window display from the early 20th century.
↑Back to Top

This site uses cookies to optimise your experience. Got it!